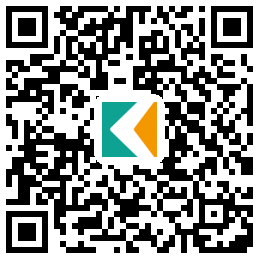 Choosing friends that are either similar or different from one self can be a difficult task. Friends that share many similarities can offer a common purpose and way of life that is reassuring. Friends who are vastly different, on the other hand, may challenge and expand one’s mind, opening new vistas of thought where there were none before. Despite powerful arguments for both sides, I prefer friends who are different from me.

First of all, choosing friends who are different from me allows me to learn from others. For example, I have a dear friend, who, although not academically inclined like myself, is a master with technology. He works with television news stations preparing their broadcasts for dissemination to the public. I, on the other hand, am technologically challenged. Despite my technological weakness, my friend has taken me under his wing and showed me some “tricks of the trade” in sound and video editing that I would have never learned otherwise. Although I will never be able to match my friend’s expertise at mastering technological innovations, without becoming friends with someone who has a disparate skill set than my own, I would have never learned about the work that goes into producing a television broadcast.

Secondly, choosing friends that are different has challenged me to reassess my own world-view. My best friend growing up in the United States was a recent immigrant from South Korea. His family was a traditional Korean family, espousing communal values over individualistic ones, and promoting tradition and respect before innovation. Being American, however, I was raised with an individualistic attitude toward most aspects of life. Rather than ask for help, I would often struggle to overcome the challenge myself. Spending time in my Korean friend’s home made me ponder the opposing world views of “communalism” and “individualism”. I eventually came to the conclusion that incorporating a bit of each perspective in my life would provide me with the greatest balance. However, without becoming friends with someone from a different culture and mindset, I would have never had to confront my own way of viewing the world, and I would be the poorer for it.

In conclusion, I prefer choosing friends that are dissimilar from myself. Having such friends has allowed me to learn from the skills that they have that I do not share. In addition, choosing friends who are different from me has helped me realize that opposing approaches to viewing and interacting in the world can be blended into a harmonious, personal world view. Friends are vital to life. Having friends that are diverse is both a challenge and a joy, two factors that help provide a rich and rewarding life.